Just thought you may like to see progress on my layout 'Copshawholm' which has been a godsend during the lockdown. 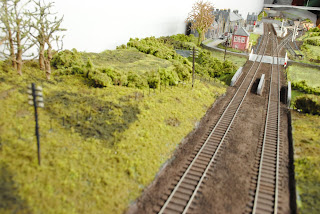 Apologies this picture is a bit wonky but it's looking north towards the station and it attempts to show the mainline atmosphere which I am trying to achieve. 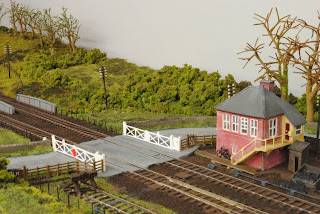 The above shows the level crossing and signal box at the south end. 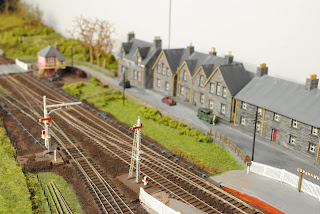 This shows the yard exit and the houses behind the station which also act as a backdrop. The actual backscene is simply grey painted wood panels hung behind the layout. One day I may attempt a more sophisticated backscene showing those wonderful hills of the Scottish borders. 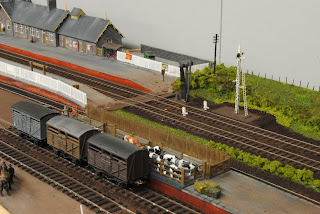 Moving along, this shows the north end of the station and part of the yard area. 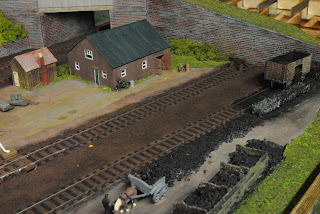 This the extreme north end of the layout showing (at top) where the main line exits into the north end cassette yard. The wagon at the end of the coal siding is a permanent fixture.

You will see there is still much detailing and fettling to do - a layout is never finished!

I will later include a set of pictures showing NBR era traffic moving through the station (the above must have been a Sunday!).

A main line through station gives you much more freedom to run large engines and most kinds of rolling stock as opposed to a branch line terminus. However, the station yard is restricted to cattle, logging, agricultural and coal traffic serviced by the regular pick-up goods. I have to admit that the layout is full of compromises - I do not have the space to run proper length mainline trains - these are limited by the size of my loft and the size of the train cassettes at each end.

I console myself with the thought that, had the Waverley route survived, it would probably have been operated as a secondary main line with shorter trains. Some 'Modellers Licence' here.

Hope this is of interest.