NEAG members had their Christmas get together today and it took the form of show and tell with a number of people bringing along projects heitherto unseen., and we all hade a general chit chat of an afternoon. 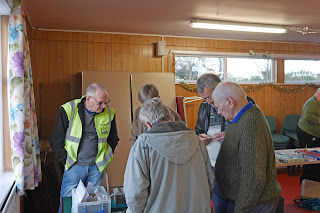 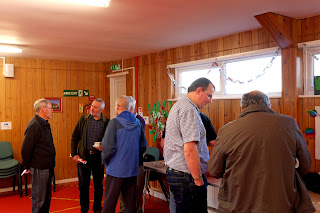 There was a pause in the proceedings to allow 2mm Scale Association Chairman Andy Hansen the opportunity to present Alan Whitehouse with the Geoff Balfour Memorial Trophy awarded at the recent AGM in Farnham, for his article on the building of Hallam Town published in issue 249 of Model Railway Journal and entitled Fine Scale in 48 Hours. 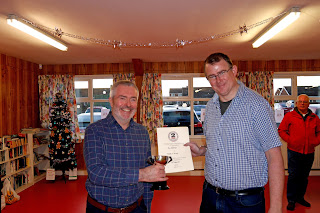 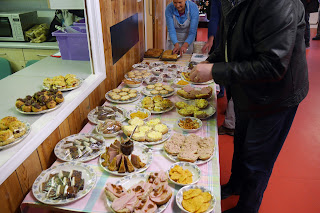 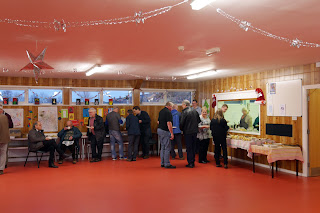 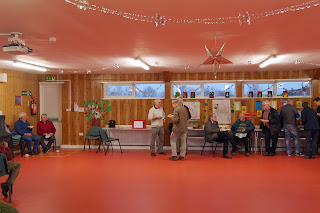 That seemed to go down well.

During the course of next year we have decided to do an all day session on 'simple conversions' so watch this space. Already there are 12 NEAG members who have intimated interest in the day long session which will be similar to the wagon and turnout building days we have had in the past.

I was asked today about the Callaton project and in particular there were questions about the stonework samples I'm making from 3mm expanded polystyrene sculptorboard. This is a subject not yet covered in my account which has appeared in two installments in the 2mm Magazine. I will be writing more on the subject for Anthony but in the meantime I am putting some details on to a forum call Western Thunder which can be accessed here Western Thunder for anyone with the remotest interest in other people's activities. It's not exclusively 2mm but that makes it a bit more interesting, I think. My ramblings are contained within the section devoted to the MRJ Cameo Competition at the very bottom of ther main page.

Finally, we in the NEAG wish everyone a very Merry Christmas and Happy modelling New Year.