Yes, I know there wasn't an advanced notice of the meeting - well not here anyway.

But the 2mm Magazine did get out in good time and that did have advance notice of the meeting and its topic, so 'I'm allowed' as the grandchildren say.....!"

There was the usual potted history with examples of the following all on display;  'Uniframe' chassis (both with plastic floors and etched parts only), Colin Waite 'W' irons, Association compensated wagon floor units, Mike Bryant simple fold up etches and we finished up with the current versions of the Association chassis etches designed as a result of good work put in during the 1990s by the Wagon Chassis Working Party (WCWP) that comprised (in alphabetical order) Bill Blackburn, Barry Nicholson and Jim Watt.

Also on display were examples of wagons made from cardboard and the etched variety, the etched ones, of course coming from the Fence Houses Model Foundry.


It was a very well attended meeting today with in excess of twenty regular members plus one new attendee. It was really great to see that nine of those present brought along the tools and where with all to set about building a wagon chassis. In fact those who didn't bring anything along went home suitably enthused to do some modelling this evening.

A couple of pictures below taken with a mobile phone show, in particular, the production line. 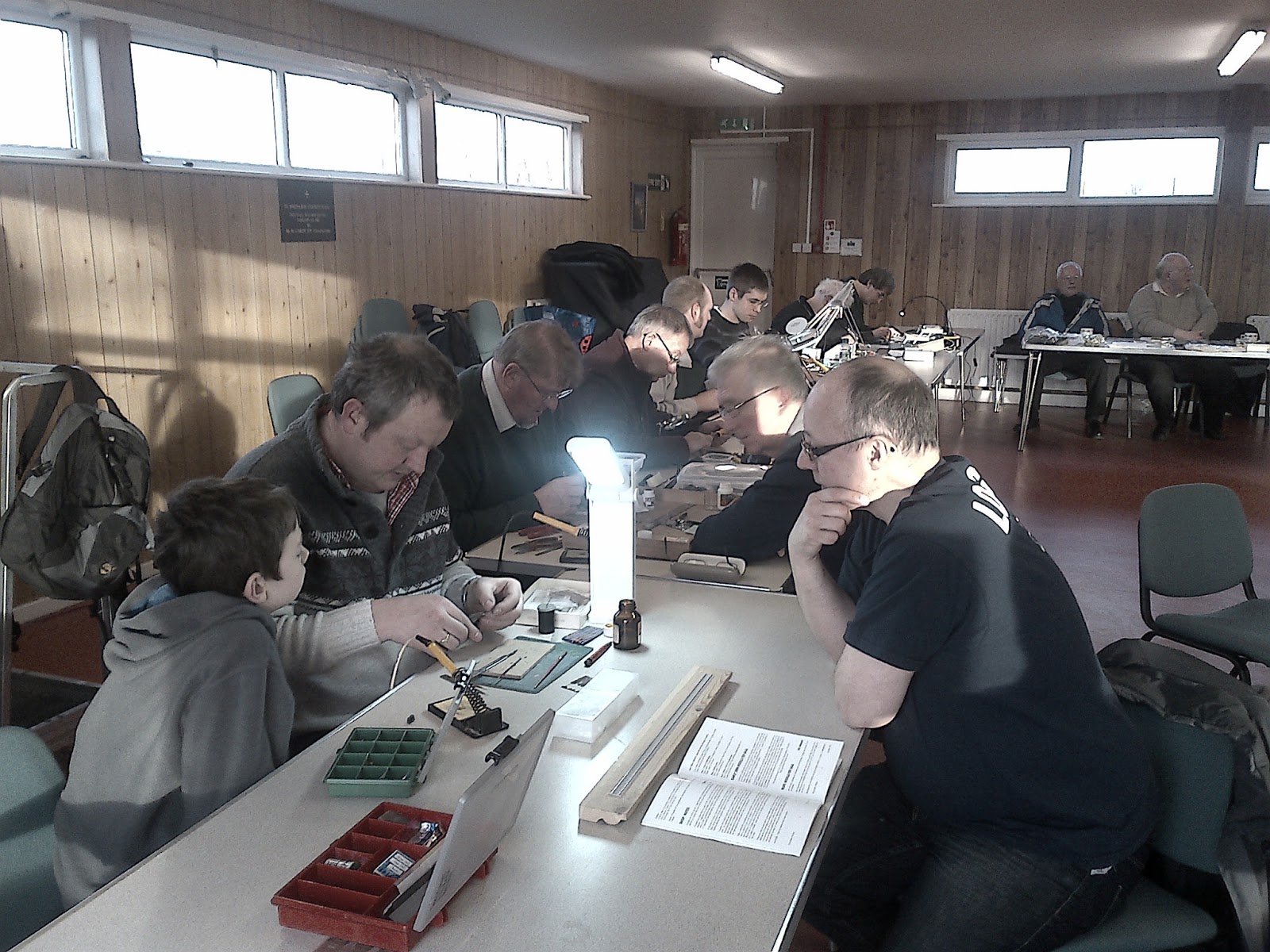 ..........and below, some examples of wagons made from cardboard standing beside others of etched construction on one of the fiddle yard boards from the Fence Houses layout. In attendance at this particular time are left to right Bob Jones, Tim Johnson, Newsletter Ed. Rod McCall and John Aldrick. 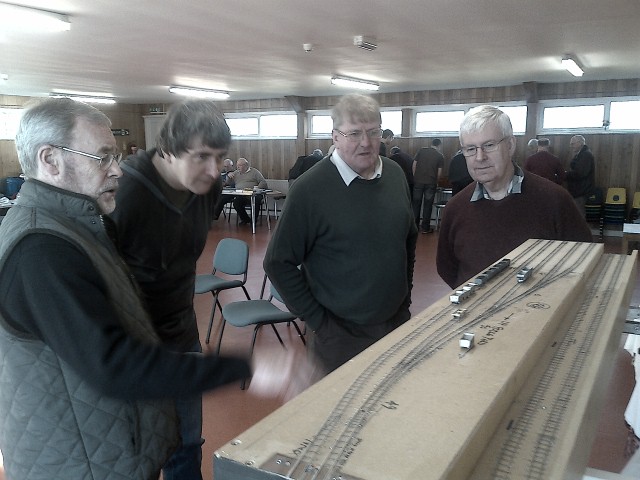 Oh yes, nearly forgot  - behind this lot you can just see there was a sale going on at the far side of the hall too. This happens quite frequently at NEAG meetings.