Notwithstanding the fact we met on the same weekend that Doncaster Exhibition was being held we still boasted a dozen or so members, some of whom brought along their current projects to work on during the course of the afternoon.

Below we see those in the group who took the opportunity to make a spot of progress with their latest enterprise, with subjects ranging from wagon assembly, loco chassis construction, DMU kit construction, locomotive re numbering to name but a few. Of the twelve of us present over fifty percent of us were working on something or other. The empty place at the bottom belonged to yours truly - who was taking the pictures..! 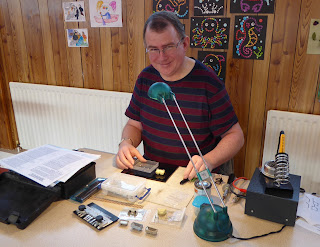 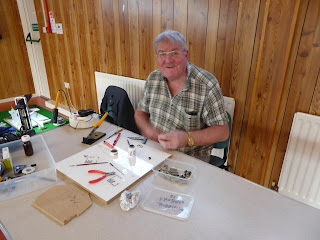 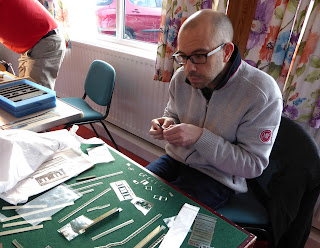 Andrew Gibson busy with the etching for a pedestrian walkways on Swinton. 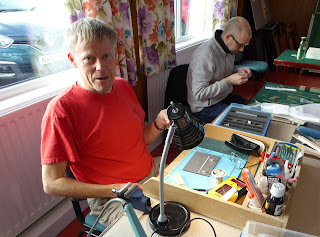 Andy Glover who is making a very nice job of  a DMU using etched brass aides to the scratch-builder. 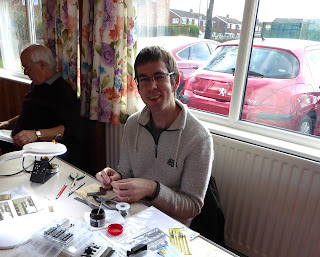 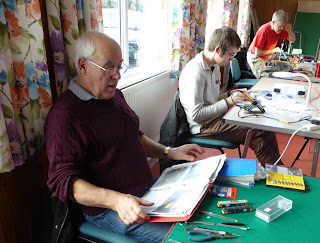 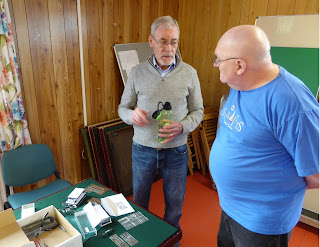 Bob Jones talks to Phil Loades on the subject of removing etches from the frets. 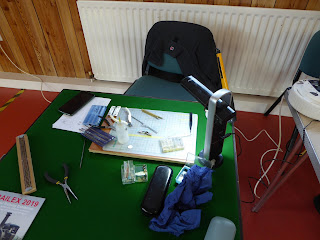 As alluded to above I'm taking the pictures. The item on the bench is a Fence Houses Model Foundry J72 chassis which I was assisting Geoff Hall with 'spring' fitting. Geoff was absent at the time of the picture or I would have 'snapped' him too.