Yes, I know - I've been dilatory in blog posting recently but here to make up for it is a brief report on the meeting we had today at Bournmoor.

The day was billed as being a DCC 'Stay Alive' session by Dr Nick Mitchell who guided us through a very frank sesson assisted by a PowerPoint presentation and his own take on what he'd done himself assisted by what he'd learned from others, notably Nigel Cliffe, who had also worked in this area of DCC. It was a fascinating, informative and interesting afternoon.

Somewhere deep in the heart of north Durham, in a darkened room....... 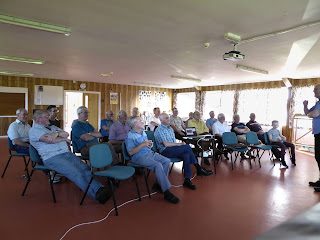 Above, the assembled 'throng' all waiting - eager, like coiled springs, ready to learn about stay alive capacitors before racing off to their respective secret workshops to put into practice that which they learn.......... well, maybe..!

A well deserved round of applause to show out appreciation marked the conclusion of the presentation. Thanks Nick...!

Also, today our meeting started a little earlier than normal to give those who had started their DJLC layouts to bring along what they had done and show everyone the competition is alive and kicking within the NEAG.


In no particular order, the as yet un-named layout entries:- 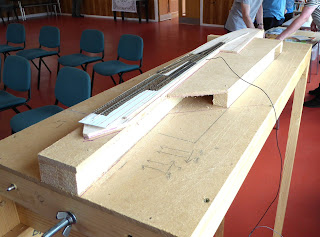 Above - this is what our Newsletter Editor Rod McCall has been working on. 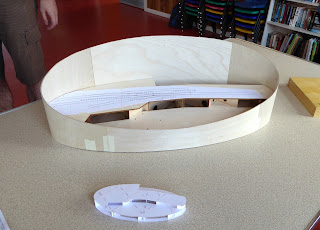 And our very own 2mm Magazine Editor Anthony Yeates is also bang at it, including a model of the model. 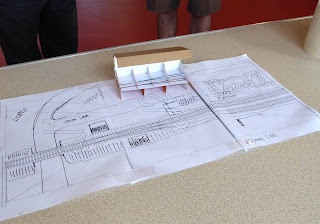 Slightly less advanced is Tom Cutting's model of a model and plan (which is further on than mine...!) 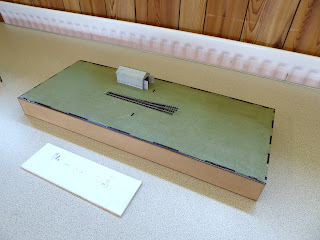 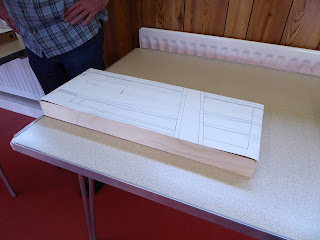 Phil Loades has the baseboard built and an ambitious but achievable track plan shown loosely tacked to it. 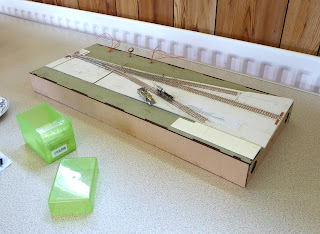 Geoff Hall's entry is much further on than most with not only some of the wiring done but a Fence Houses Model Foundry (FMF) J72 well on the way too. 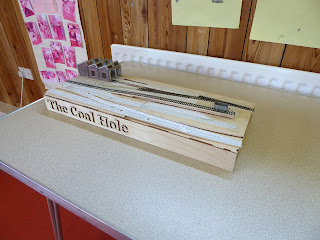 1st prize for naming a layout in its early stages goes to Nick Mitchell (our speaker for the day) which is another shining example of a project well on the way. 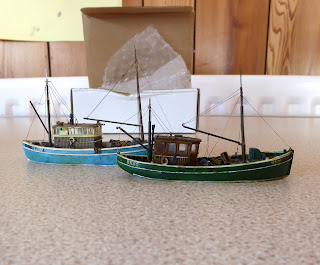 As you might guess, this is not a layout. It's my feeble attempt to show that I'm still intending to produce something for this competition. You are exactly right, two exquisitely modelled north sea fishing boats do not make a layout. I bought these two vessels from Ian Lister who had scratch built them when he moved from 2FS to EM. I told him someday I would incorporate them into a cameo type layout, so nailing my colours to the mast (so to speak) these are the basis of my small harbour railway - we'll see how it develops eh..? 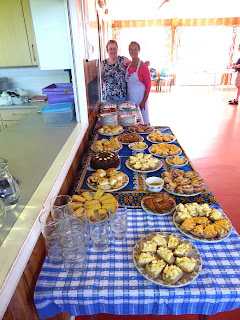 Finally, and a jolly good reason in itself to come to the meetings, our lovely lasses Fiona and Yvonne providing a sumptuous tea for us all. "ya cannae wack it man" (you can't beat it can you?)
That's me providing a translation for "them what dizn't tark proper...."