I must try and remember to post details of upcoming meetings....!

The NEAG meeting today was a collaborative effort with me showing a couple of my current small projects and three other group members giving us an account of what they've been up to lately. 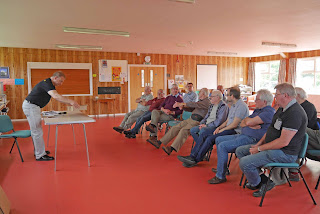 The first picture shows yours truly laying my very first minimum space layout on the table. The project is inspired by memories of the transport of explosives to Callerton near Newcastle upon Tyne in the late 1980s. 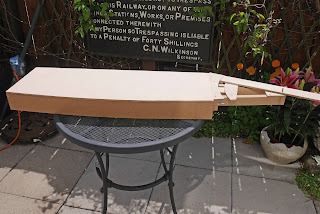 The second shot shows it at an early stage (last week...!) before the one and only turnout on the layout was installed. The appendage to the right is not a crossbow, honest. It is my very first attempt at a sector plate. I'm quite looking forward to getting on with this micro layout and will put some update on here as soon as there's anything worthy of showing. 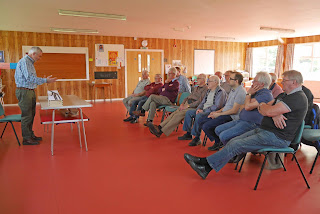 Item number two in the afternoon listings was Alan Whitehouse who outlined the story behind "Fine Scale in 48 Hours" where he and I constructed a layout at Railex in Aylesbury over the 48 hours from Friday to Sunday evening last weekend. 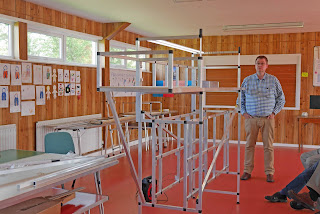 Edward Sissling followed this by demonstrating the assembly of his latest project Ripley Ville Goods. The superstructure is Combitech, a product sold by Edward through the hobby and craft section of his family business. This is Combitech if anyone is interested http://www.acsissling.com/hobby-craft/combitech-tubular-baseboard-construction-system 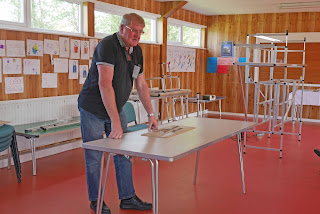 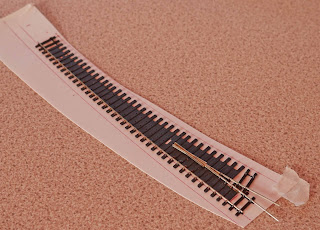 Above is a curved from a straight B9 and below a fully ballasted completed example. 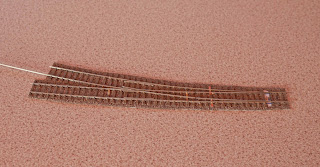