There was a good turnout of members wanting to take advantage of the all day session this time and as can be seen by the first few pictures they all had plenty of space in which to work. In total here were 14 of the group who were putting together a wagon chassis (some managed the body too....!) although all those who put together a chassis weren't able to stay to have their work photographed. Here are the assembled workers.....! 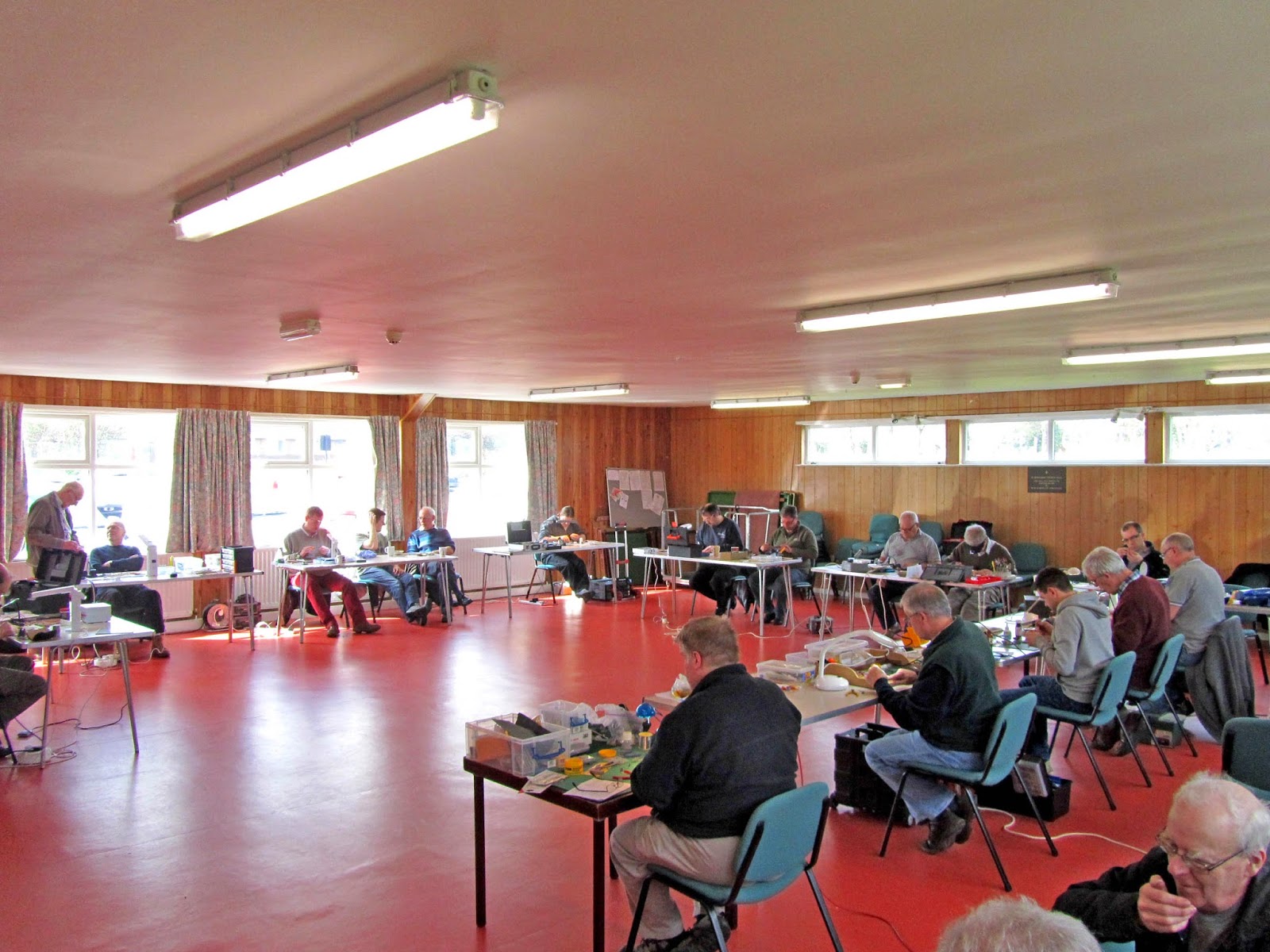 Fourteen of those present were working on construction of a wagon. 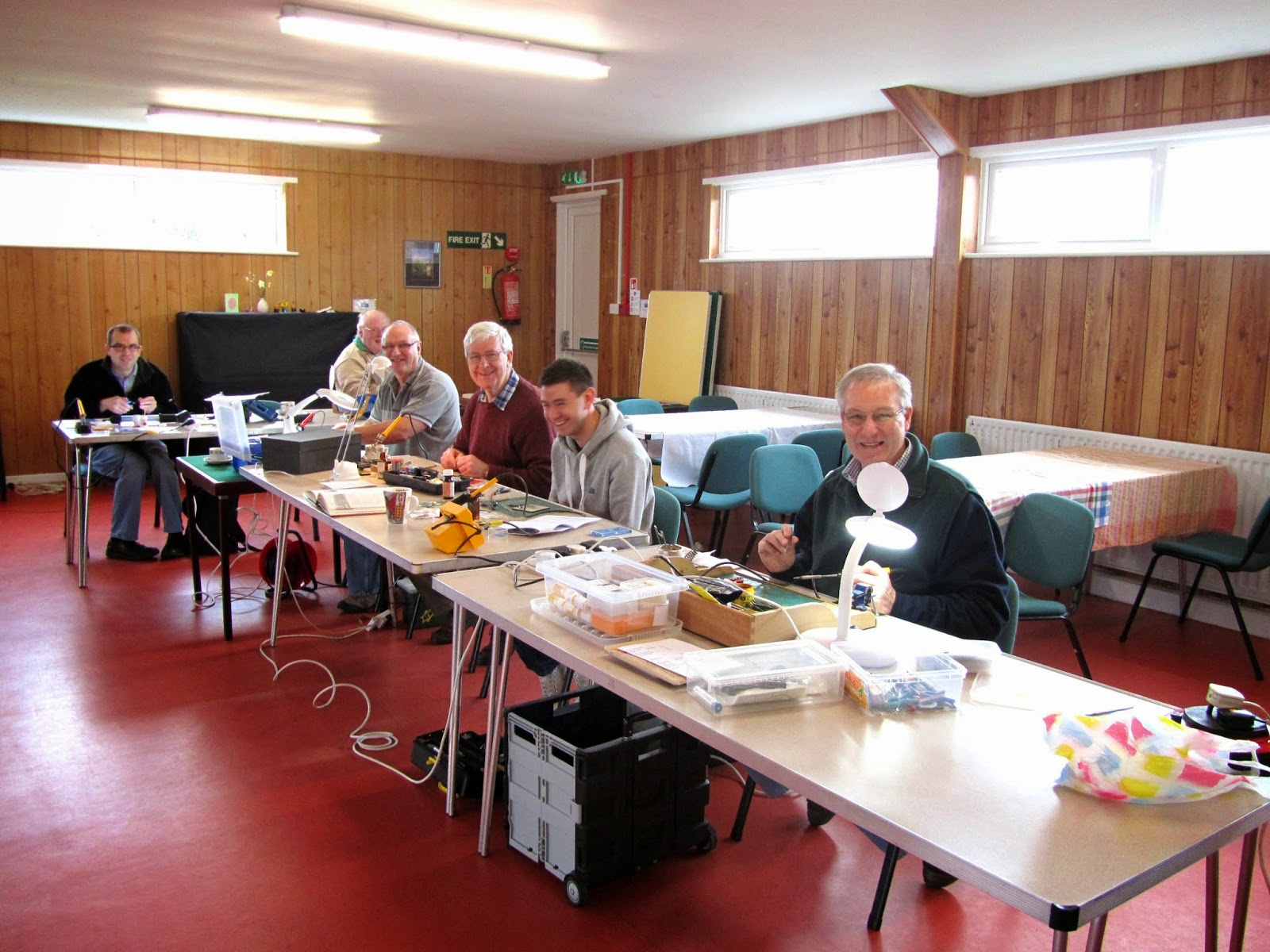 Left to right; Andrew, Geoff, John, Gareth, Philip and just to the right of Philip, Tom was sitting - where's he gone...? (kitchen for a cuppa....!) Graham, who was there with his vehicles, is in the background between Andrew and Geoff. 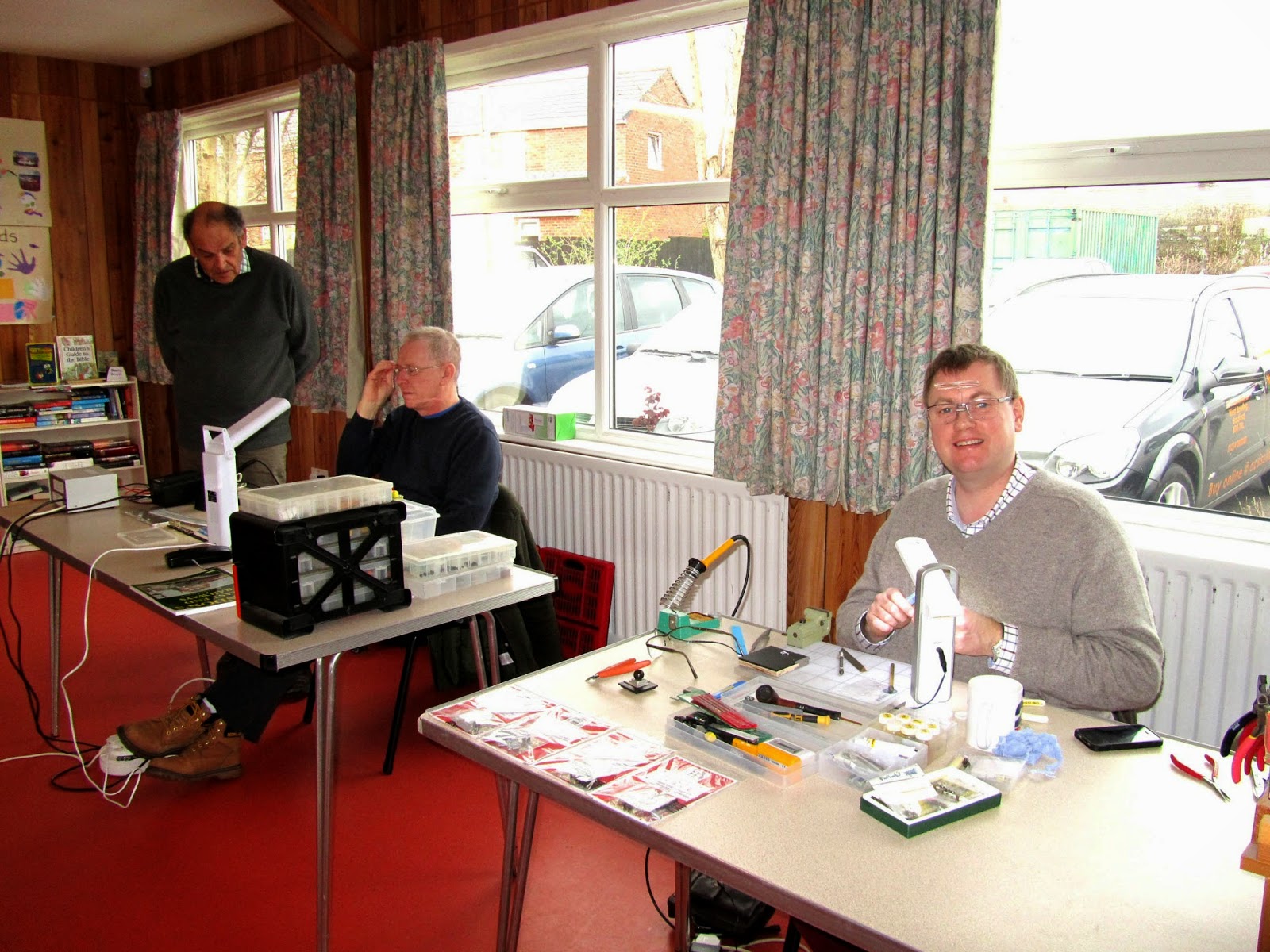 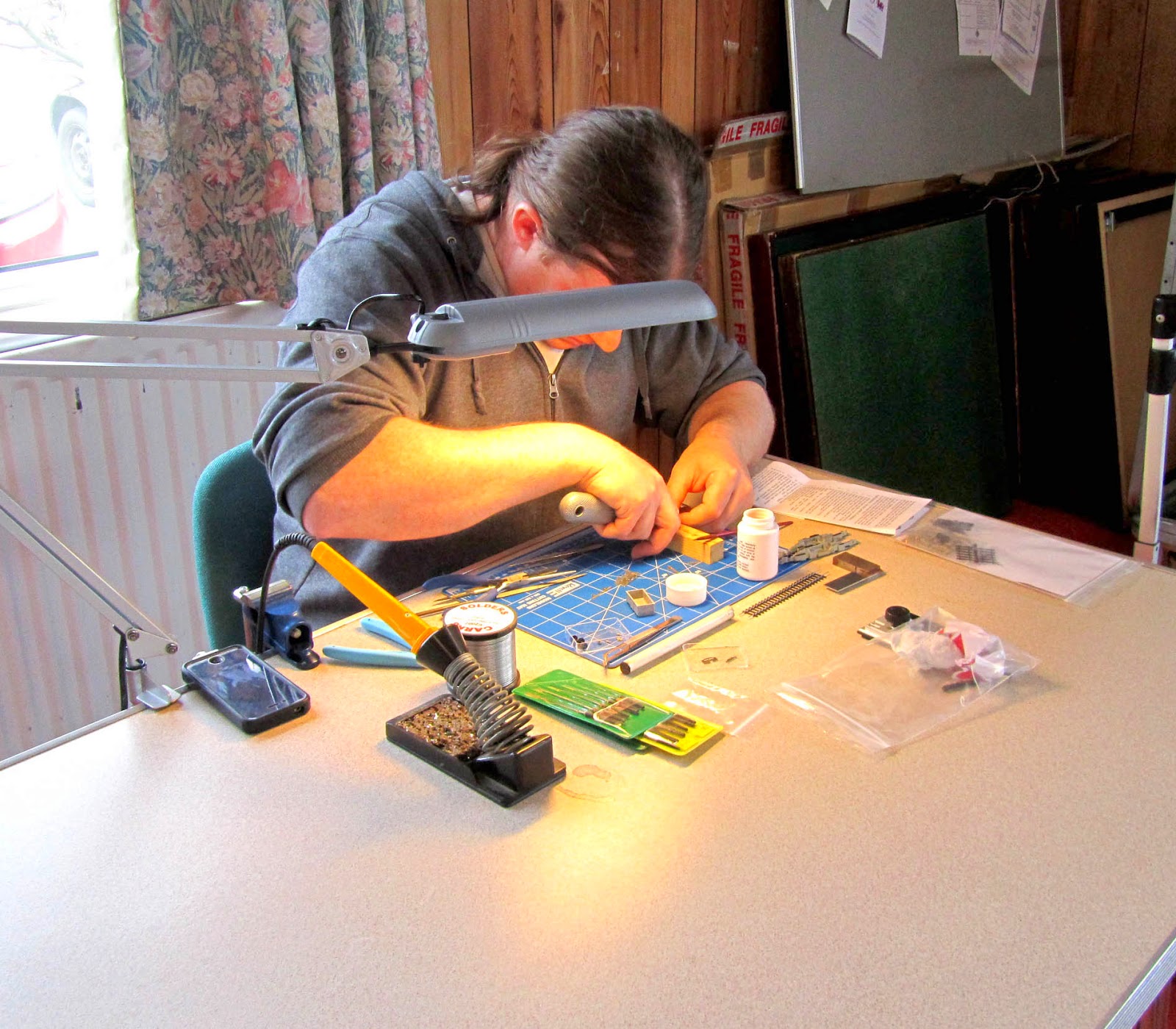 A candid shot of Simon beavering away. 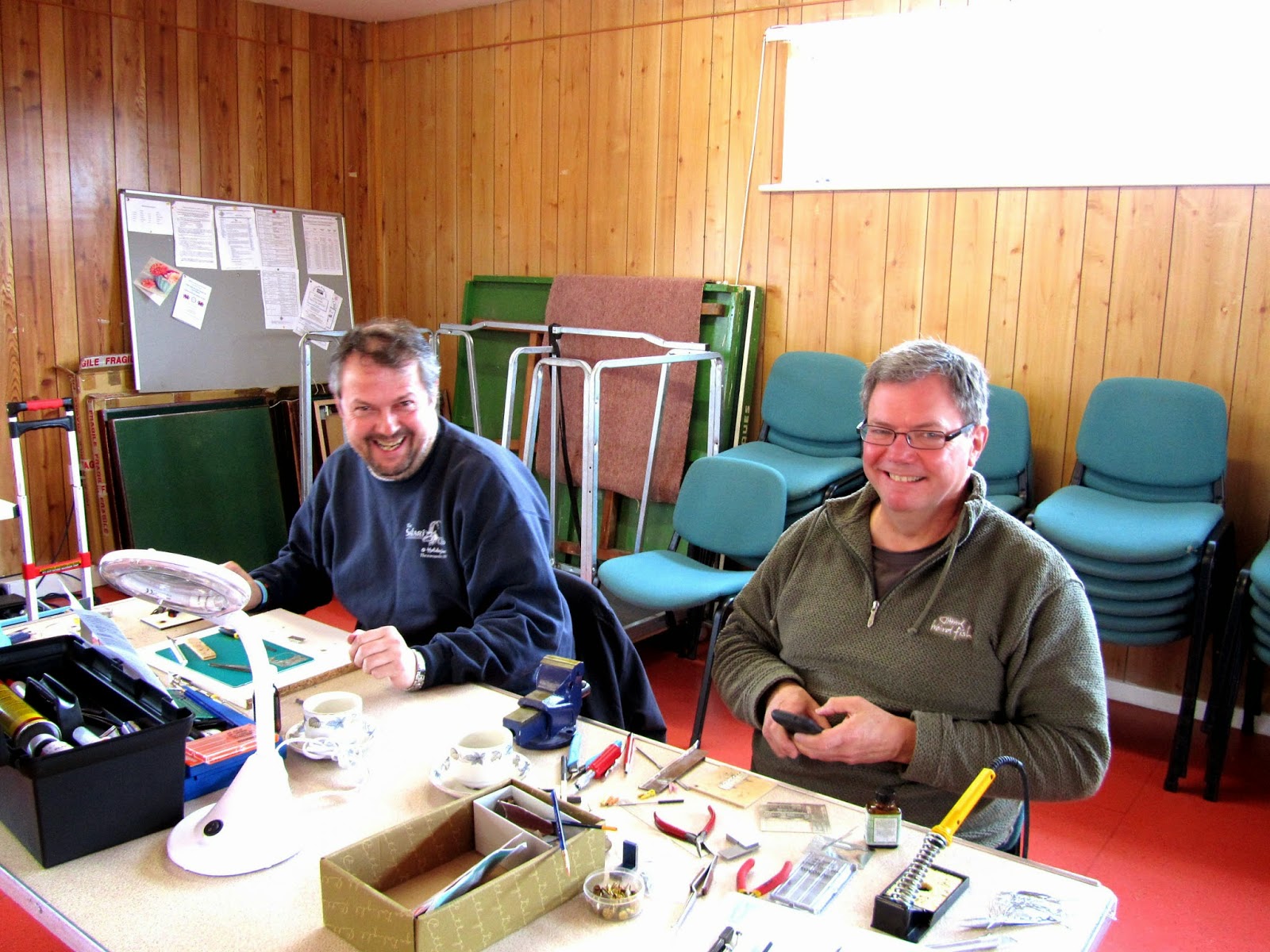 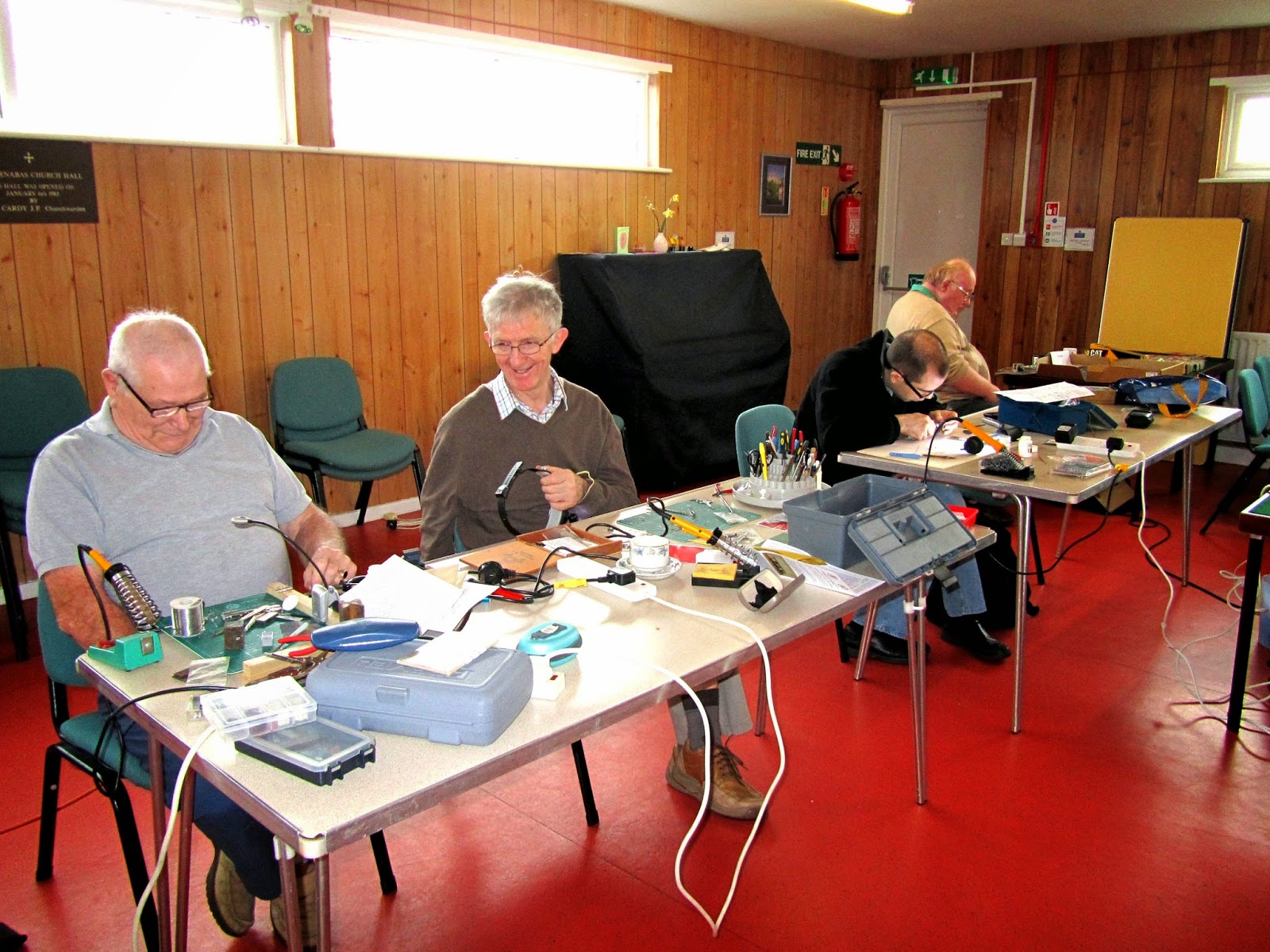 Bob and Kit with another shot of Andrew with Graham in the background. 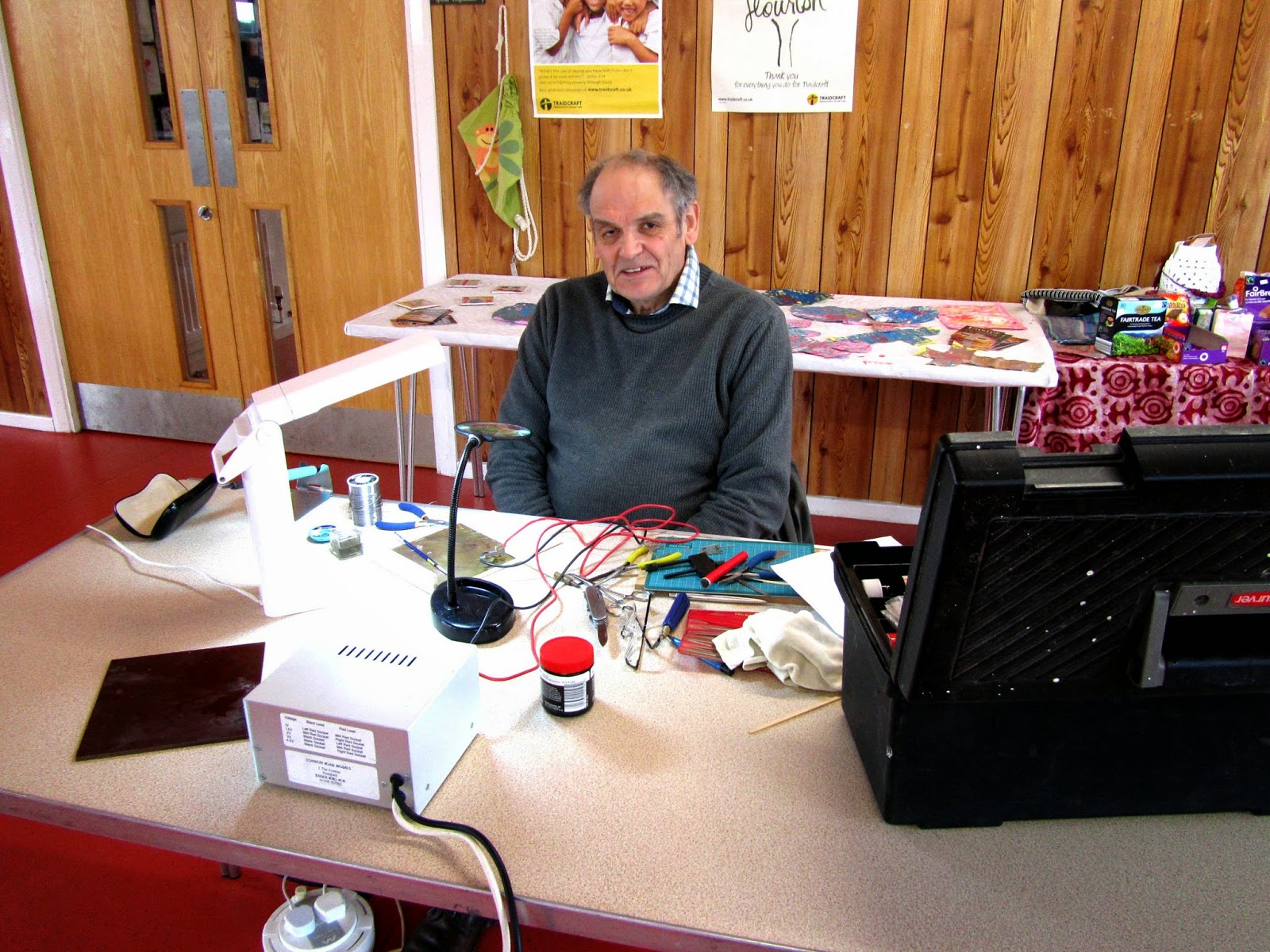 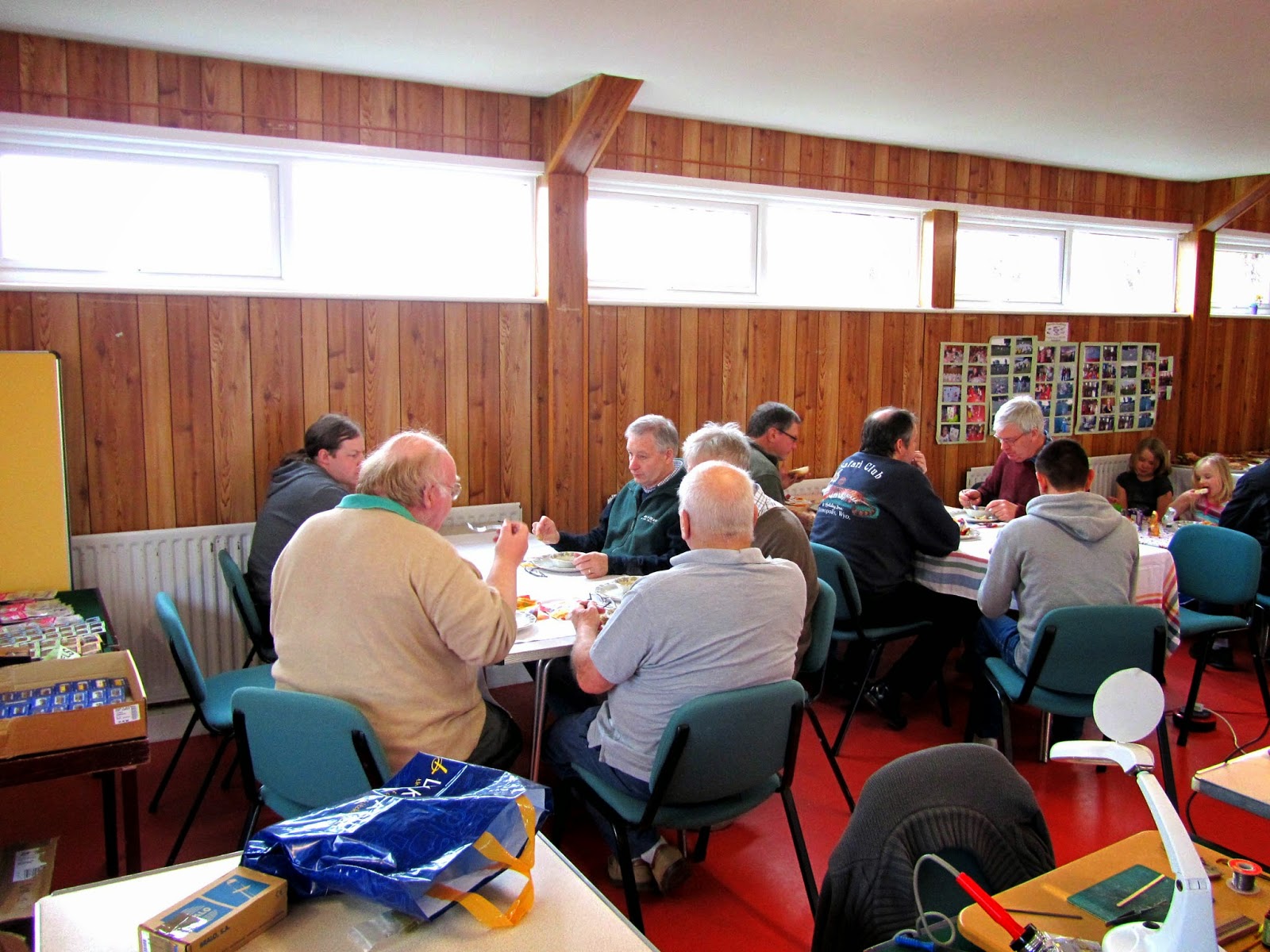 Nearly forgot. This is a shot taken at lunch time - some ate at their work stations, now there's dedication.....!

Below are the results of the day's efforts. Not everyone tackled the 2mm Scale Association mineral wagon kit but you can see below all who took part achieved a result. The builders will recognise their work and all of these vehicles were constructed during the course of today's meeting. There are some missing, but as aforesaid, one or two of our number had left before the photographs of models were taken. Some got further in the construction than others but it wasn't intended to be a race and everyone seemed to enjoy the working session and got something from it. 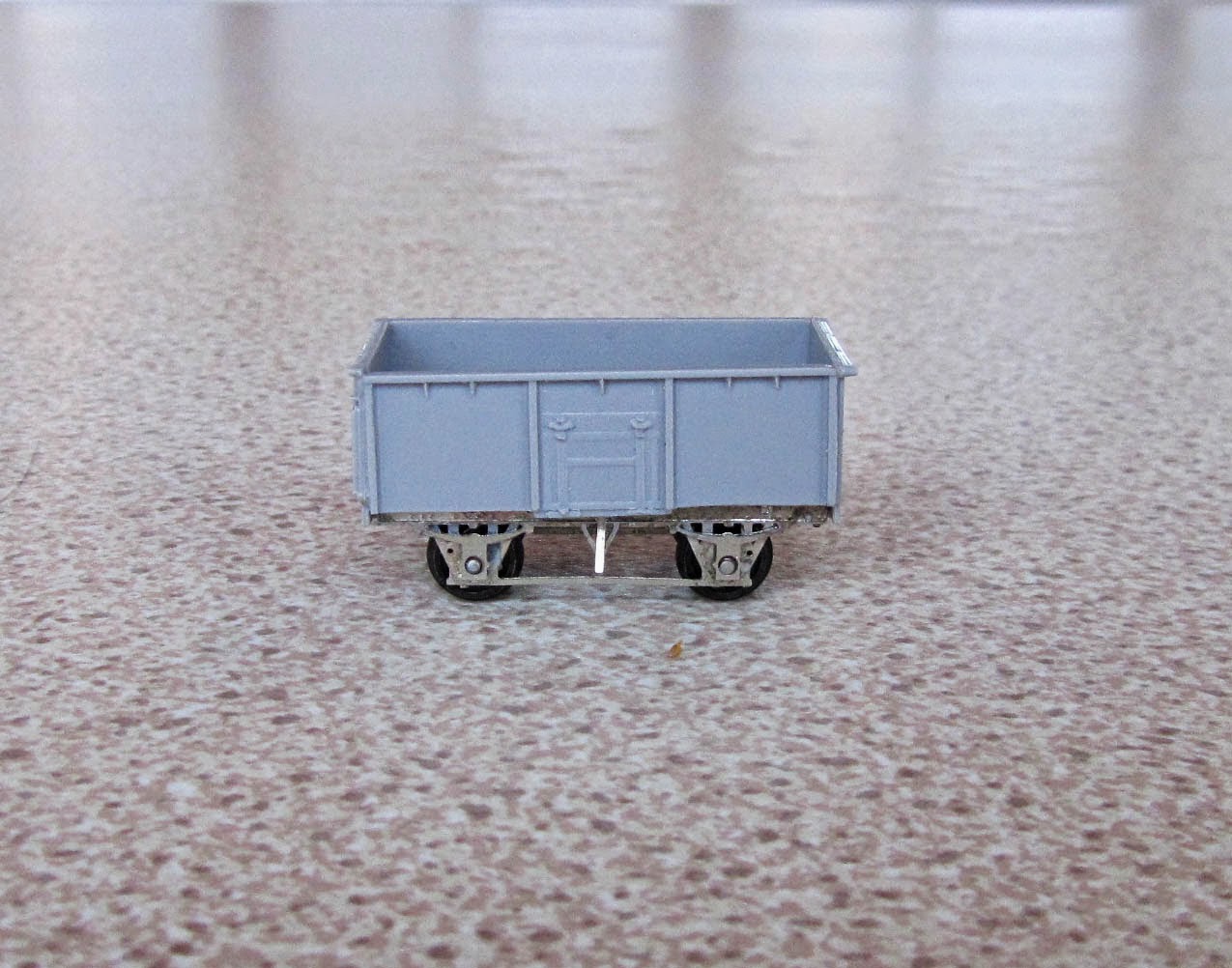 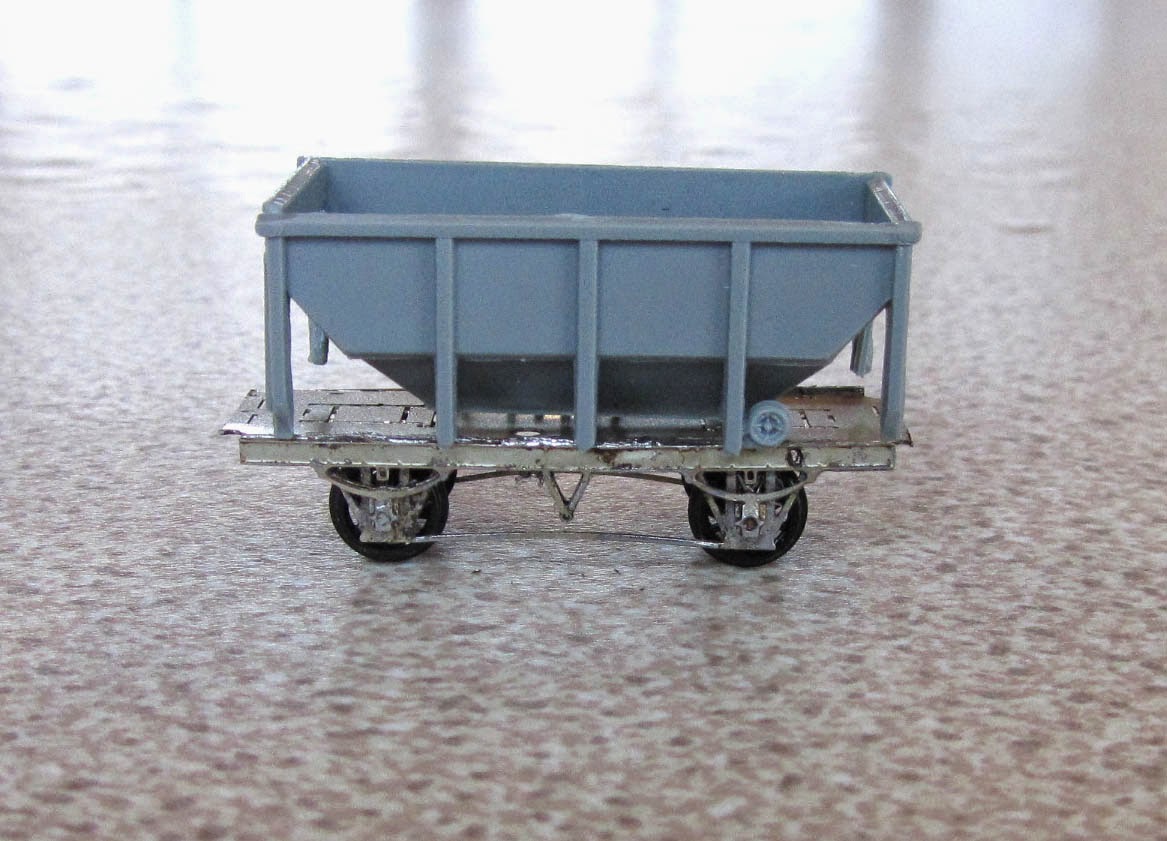 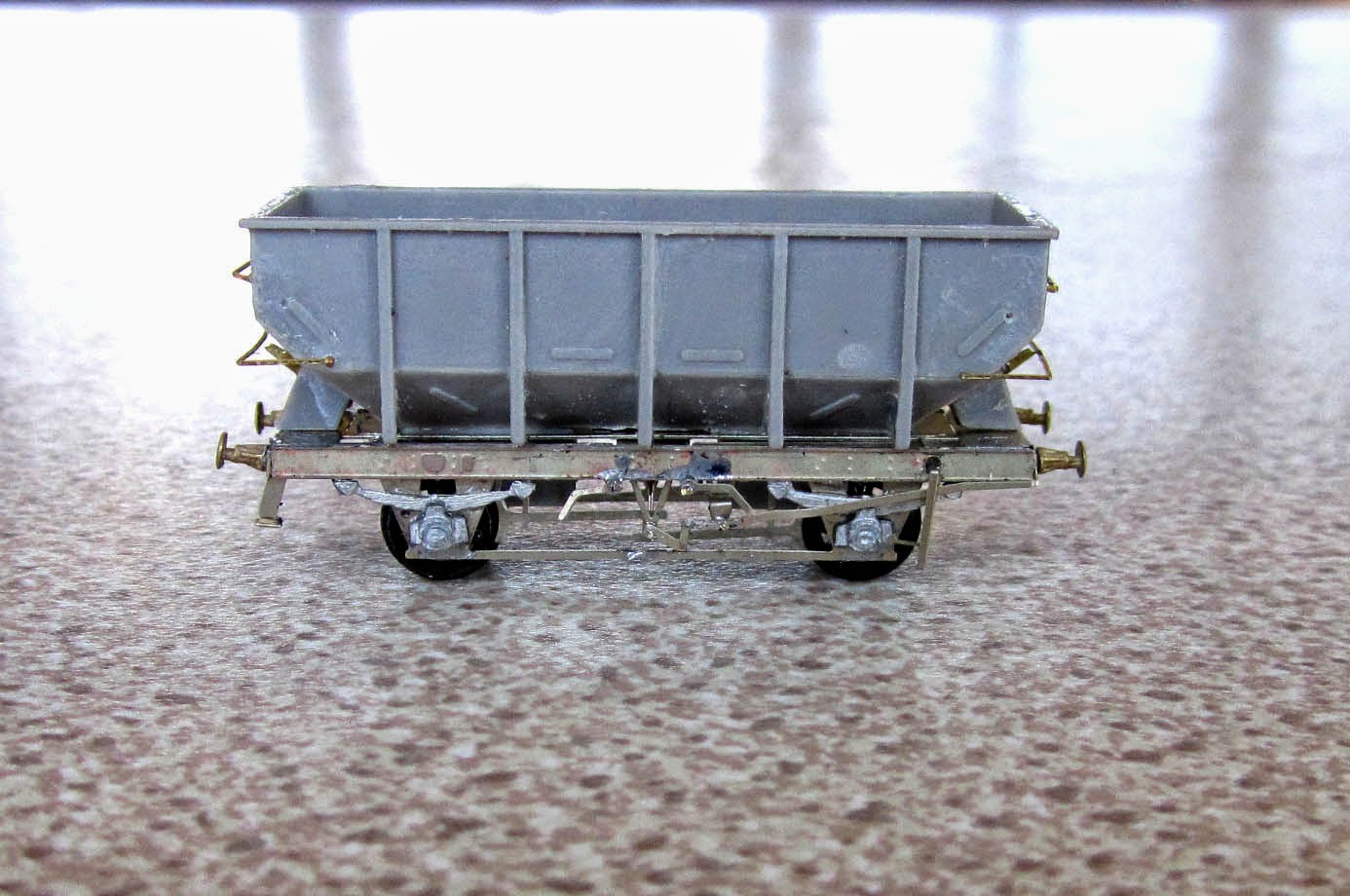 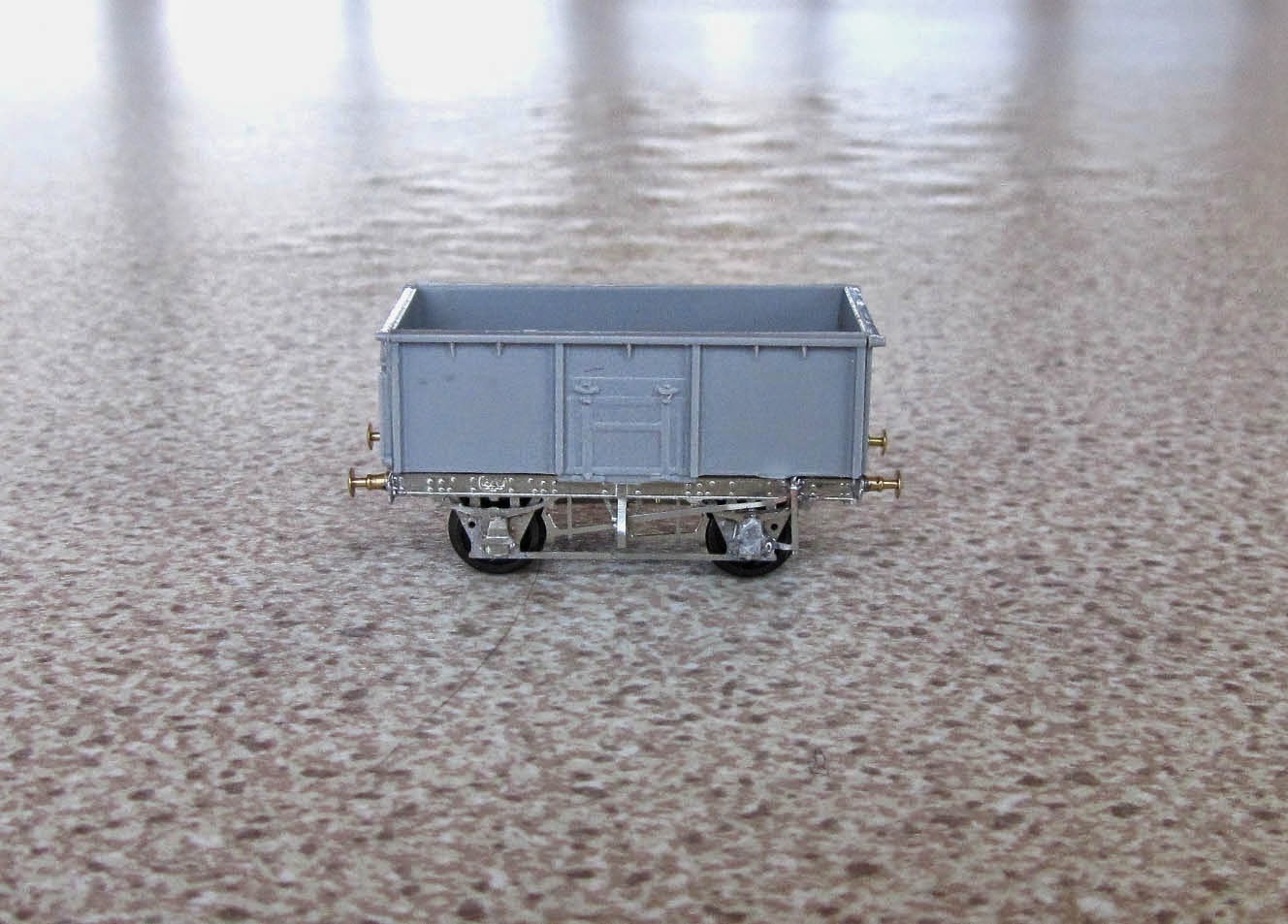 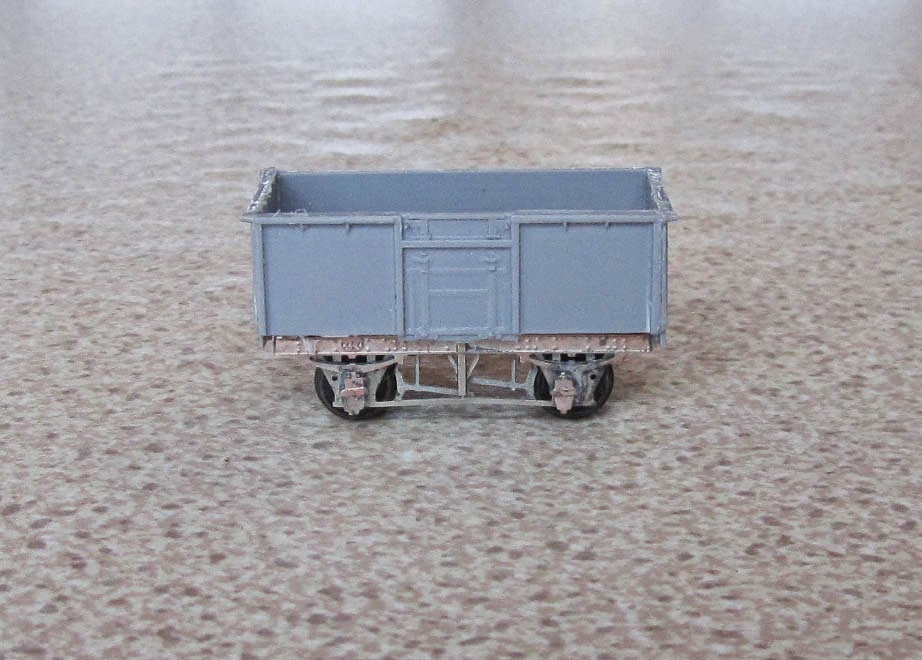 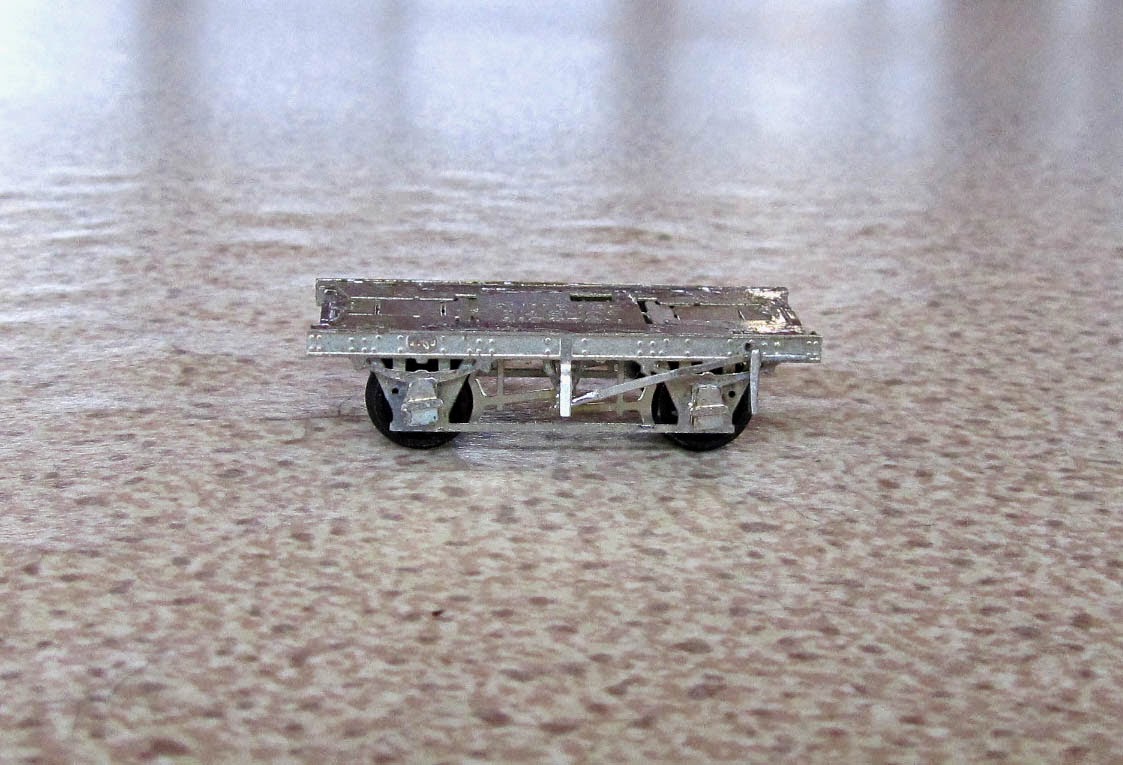 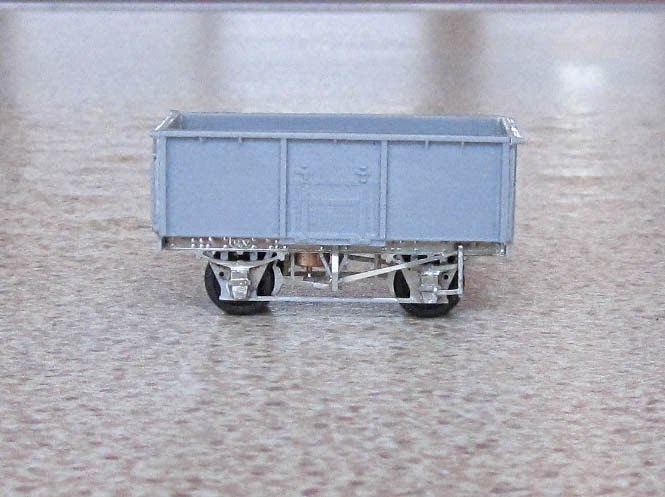 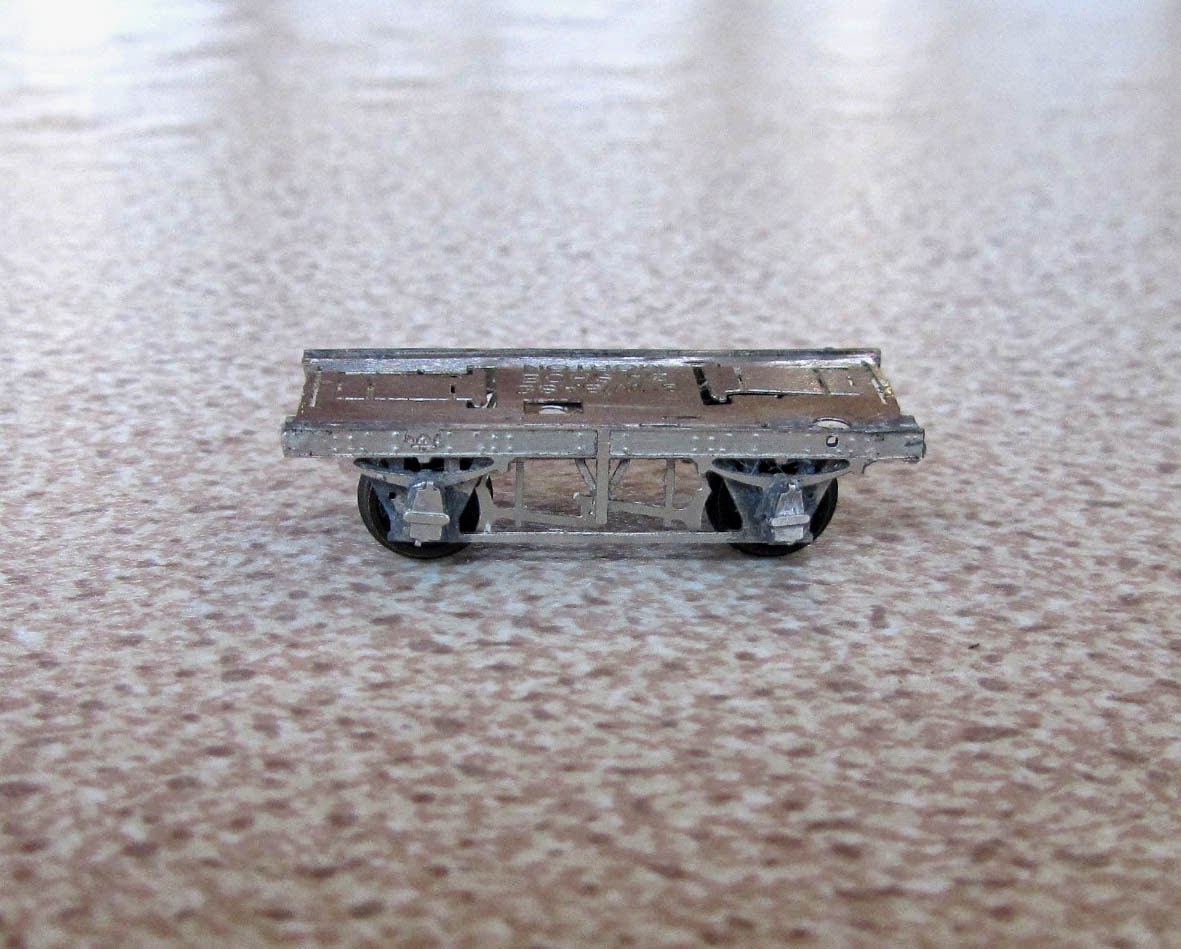 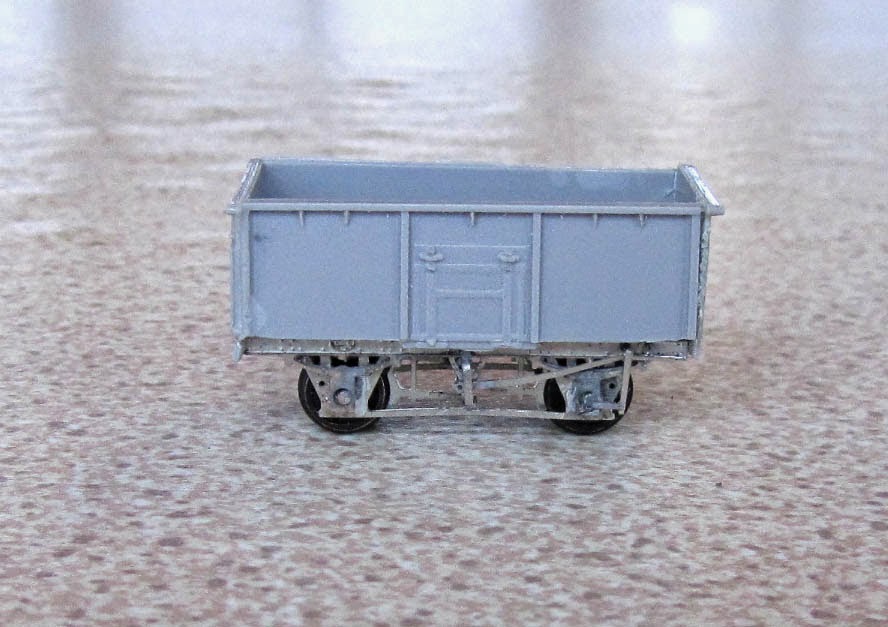 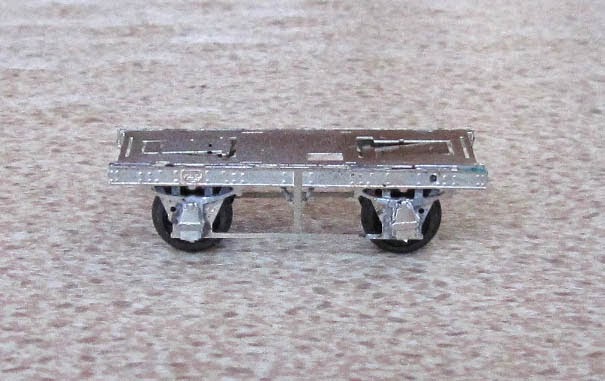 We also have some suggestion for future all day sessions.

Oh.......a point of note. Everyone is smiling. Not because we're happy - it's wind. Yvonne had made two pans of  1. a delicious country broth and 2. a soup that was high in butternut squash content. This, of course was in addition to the more usual sandwiches, pizza and sausage rolls etc. and the cakes and fresh cream scones that we had at tea time. Thanks again to Yvonne, Gerry and Neville in the kitchen.....!

Thanks Mick for great day and loan of Iron... Definitely head up A1 again and thats to the Catering Corps!

We sold eight of the BR 16T wagon promo kits, as the end of day photos prove...

I made good progress with an Air Ministry tank wagon kit and throughly enjoyed the company, the food and the modelling.

Looking forward to the next all-day session.