This is one of those occasions when I'm glad I don't make a great deal of progress.

Some time ago I bought myself a 2mm Scale Association (Higgs) set of conversion etches for the new Farish 08. Well I did in fact by two sets of etches and said I'd build the first set for a friend. Looking back at the pictures I took along the way I see I started the build in July 2012 and when recently I saw a discussion on the VAG concerning the different methods of achieving a good result (well everyone has their own way of doing things don't they?) I chipped in with something like "I'll blog you the pictures I took as I worked through the construction of mine...." thinking it would just be a simple matter of digging out the pictures - wrong...!

It turns out that I still have all of the pictures except for the ones I took as I constructed the etched frame for the front buffer beam and steps etc. which were as I recall now accidentally deleted. All is not lost though because the project, being temporarily stalled means I only have catch up, so to speak by, taking a few pictures now (which I've done) and the story won't be too disjointed. The VAG discussion plus the N10 being finished gave me the impetus to get going again. It will not be full words and music here because I originally intended it to be a 2mm Magazine article.

Having got that out of the way I can now tell you how I have decided to put the footplate together.

My plan is to construct the working chassis complete with outside frames as a single unit and using the Farish footplate/running board minus most of the plastic detail except the thinned down front and rear buffer beams because it provides a reasonable means of allowing fixing of the chassis to the upper parts whilst keeping away from one another those bits that need isolating.

The pictures below show 1) Front view of the 'cage', as I will call it, consisting of the buffer beam and steps. 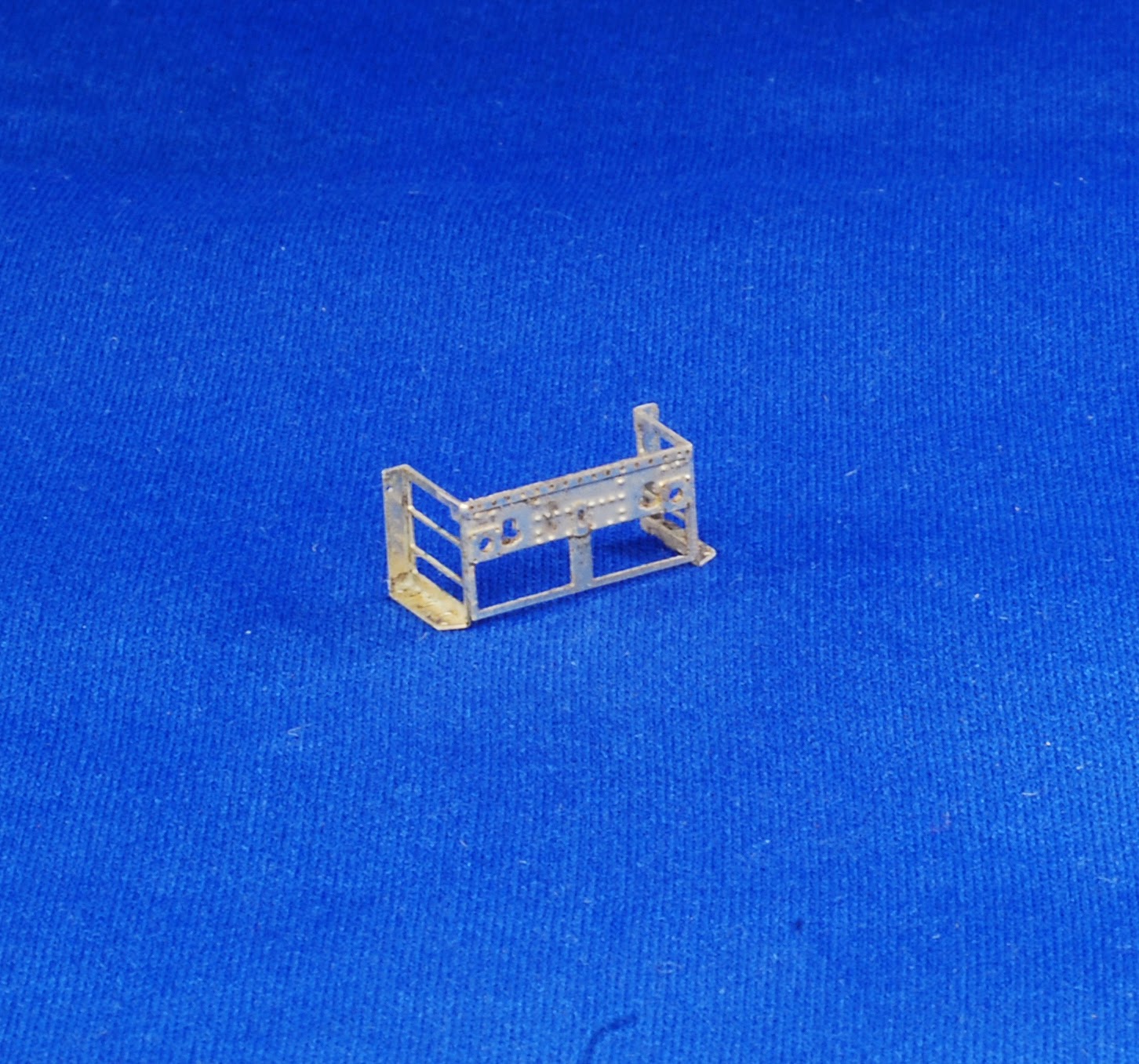 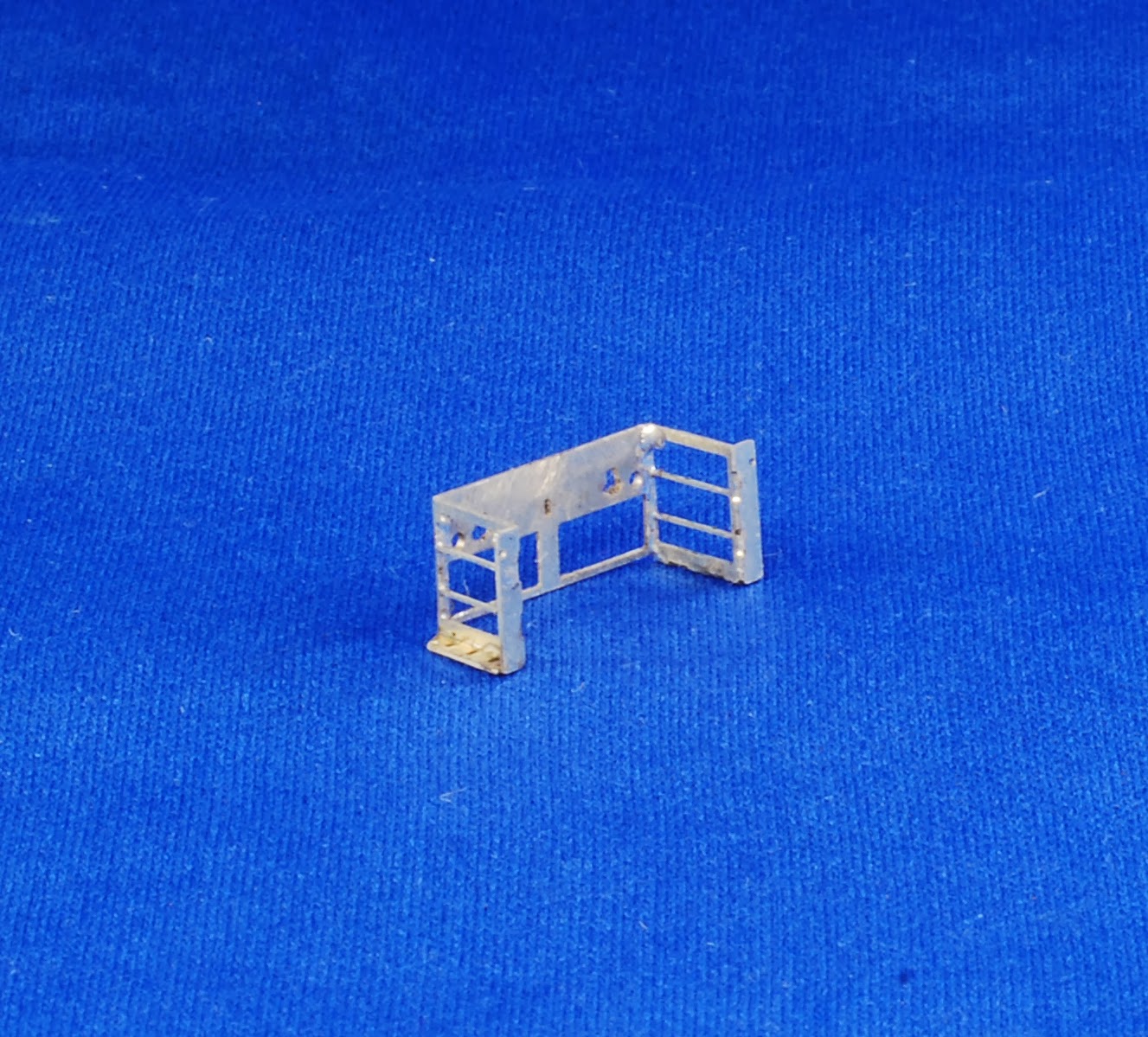 3) the upturned 08 body with the 'cage loosely sitting theron. 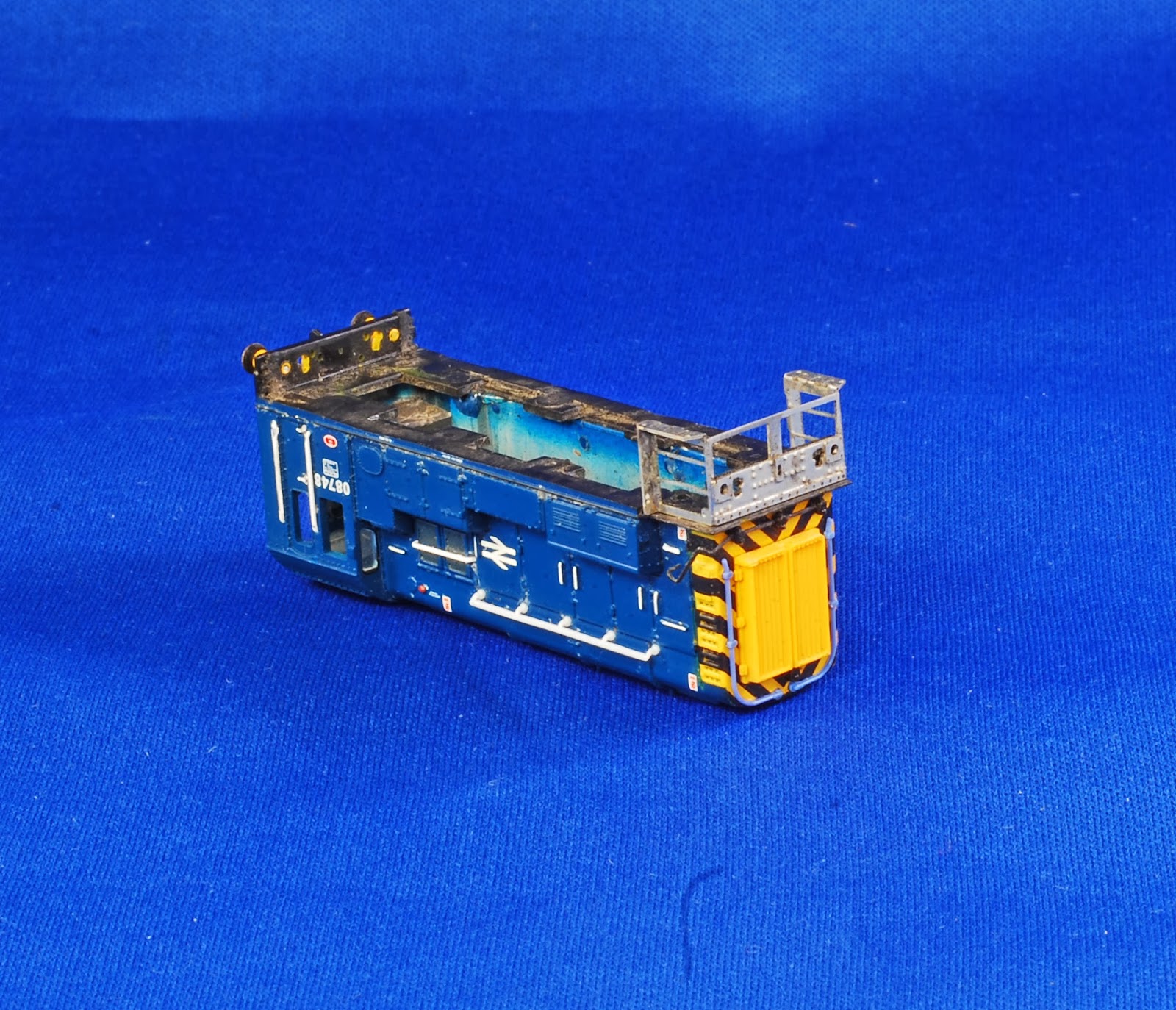 You can all see the remains of the plastic running board which was glued on with quick setting epoxy resin. There is a small amount of plastic buffer beam at the front end to which the cage will eventually be fixed and you can see the rear buffer beam is still largely intact including the buffers. Even thinned down these seem surprisingly strong.

I did take pictures of the process of filing and shaping the running board but, alas, they are gone. Still, that's no great loss and I'll endeavour to keep posting as progress is made in future so hopefully avoid any further photographic mishaps.