Well, that's a bit rich when I didn't even publish a notice of the meeting..! Holidays and other matters meant I never got round to it.

Saturday the 4th July was the date at our usual church hall venue. We were one month later than normal because of the aforementioned holiday. This time was an all day session when nine of our group put together one of the new 2mm Scale Association turnout kits. If we had not spent our usual time eating food and drinking tea nine people would have gone away with a working turnout.

We are not bothered about this - drinking tea/coffee and eating is a bonding exercise..!

In fact six people did complete the turnout unit -  maybe minus check rails in some cases, two were within an hour of completing and one was some way further off. To be fair he did have some issues with his specs...!
But it won't stop him finishing the turnout.

The day provided some useful feedback and picked up a typo or two in the instructions, all of which will be fed back to 'ground control'. All in all, a successful day.

Here are some pictures that I took during the day. 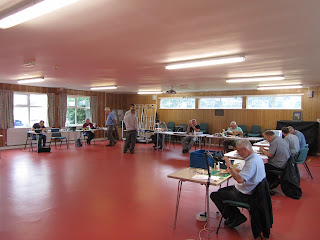 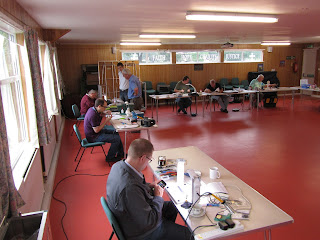 Above - a general view with pictures of everyone who took part. 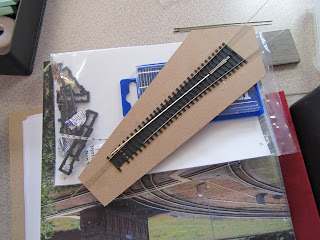 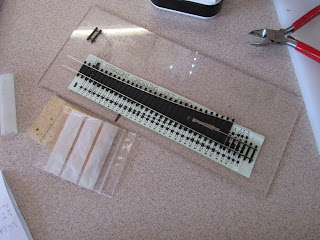 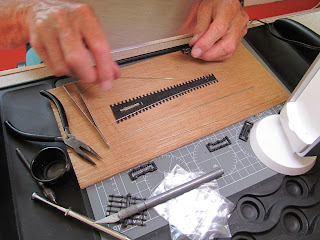 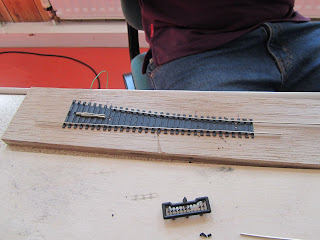 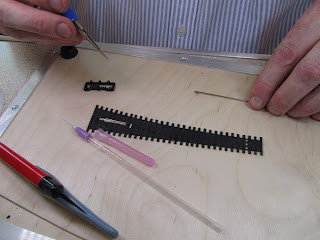 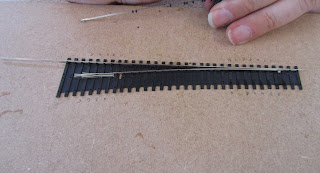 Above - part way through. 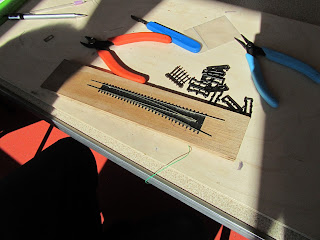 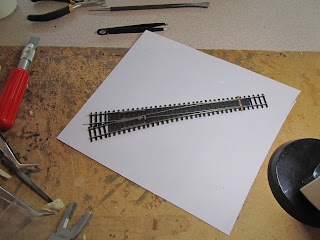 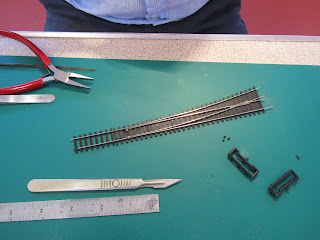 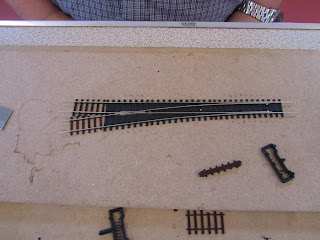 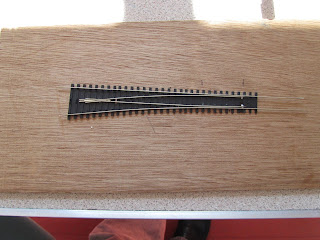 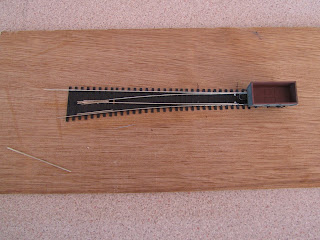 And the six virtually complete.

Some of those who took part were absolute beginners, i.e. the people at whom the kits are primarily aimed, and the builder of one of the kits completed had not attempted anything like this before. It has to be said, if you have a desire to build something then you'll have no trouble putting these together.