As will be seen form the pictures below several NEAG members braved the threat of inclement winter weather to hear and see Ian Lister demonstrate his technique for producing authentic stonework. It is fair to say this will form the basis for an article in the 2mm Magazine at some stage in the future.
Ian described his methods and then presented 6 of us with pre prepared boards with some polyfilla mix on and we had a go. Everyone was impressed with not only ythe results, but the speed within which they were achieved. 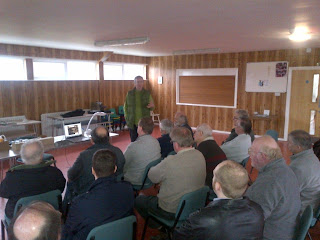 Above - the  assembled throng.
And below - a little bit of audience participation.
(some had already completed before the picture was taken) 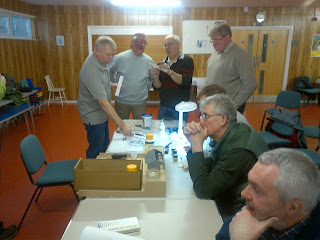 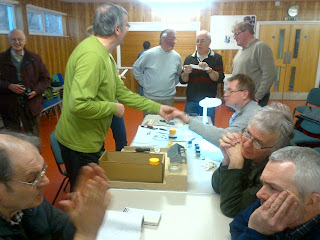